Patronage is the support, encouragement, privilege, or aid that an organisation or individual bestows to another. In the history of art, “patronage” refers to the support that has been provided to artists such as musicians, painters, and sculptors.

Most languages other than English still use the term mecenate, derived from the name of Gaius Maecenas, generous friend and adviser to the Roman Emperor Augustus.

During the Renaissance, not only in Italy but also in Europe, the concept of Patronage and “Mecenatismo” allowed arts to flourish, as several groups of Patrons sponsored art and architecture, painting, sculpture and handicrafts.

Can a Maldivian Resort turn into a “Mecenate”, in to a Patron? Can a Hotel preserve, protect and revamp the folklore and heritage that are spread in a Nation made of thousands of island?

At Nika Island this question turned into a challenge, and it is now reality.

Nika Museum is the result of the transformation of an old Furnace that was used in the island to cast and forge metals.
In the conversion of the old Furnace into a Museum two dimensions coexist: the concept of conservation ( that is part of Nika’s DNA ) and the creation of a new space that constantly interact.
A maze of tunnels and galleries, coral made vaults and arches lead the visitors through an unexpected space and a unique collection made of artefacts, pieces of arts and creations of local artists. A selection of items and objects that allows the Team of Nika to share with the community of travellers a fascinating story and to make the local community (re)discover the heritage of a country that is slowly fading away.
The new museum is a space that reflects the beauty of a Nation; it tells what the Nation has been – and hopefully –  it can even foreshadow future developments of the Maldives. 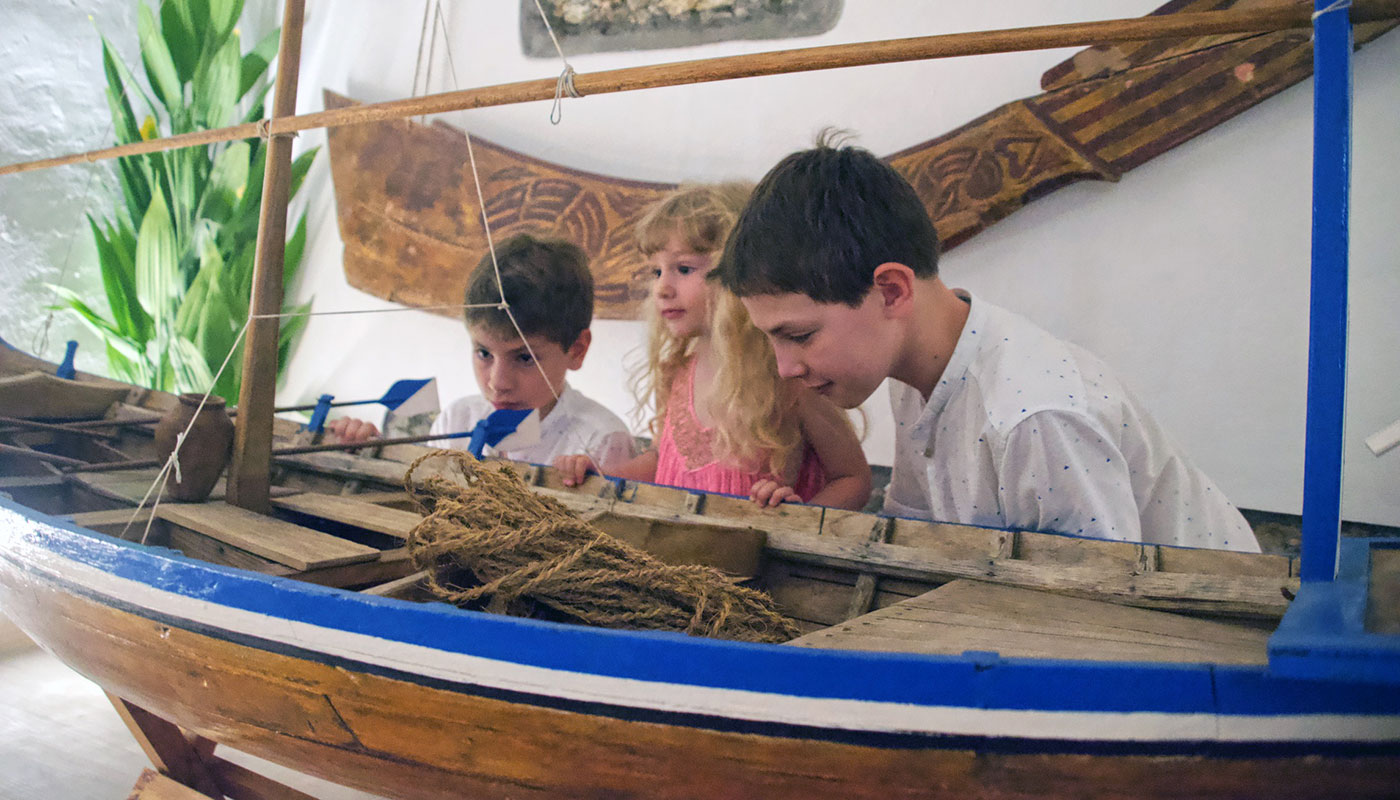 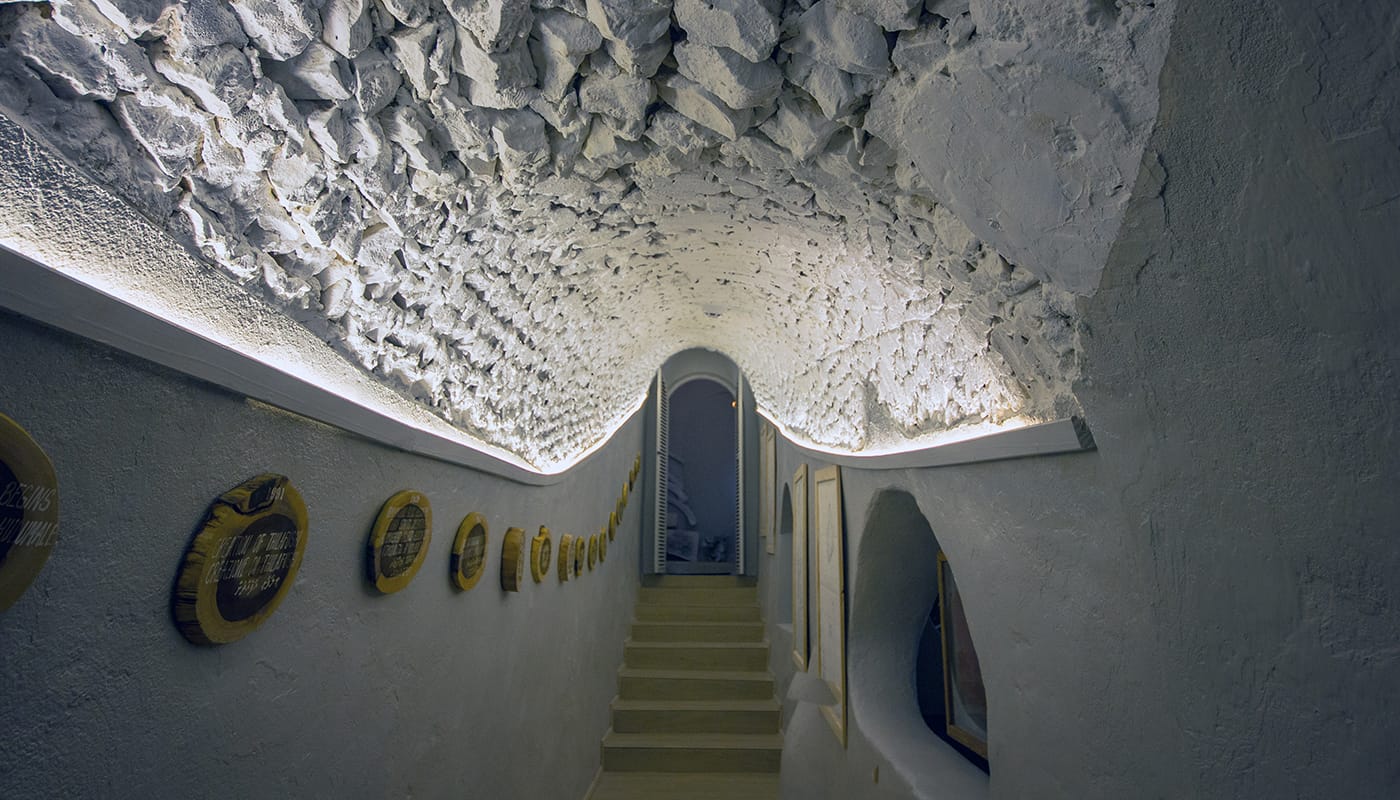 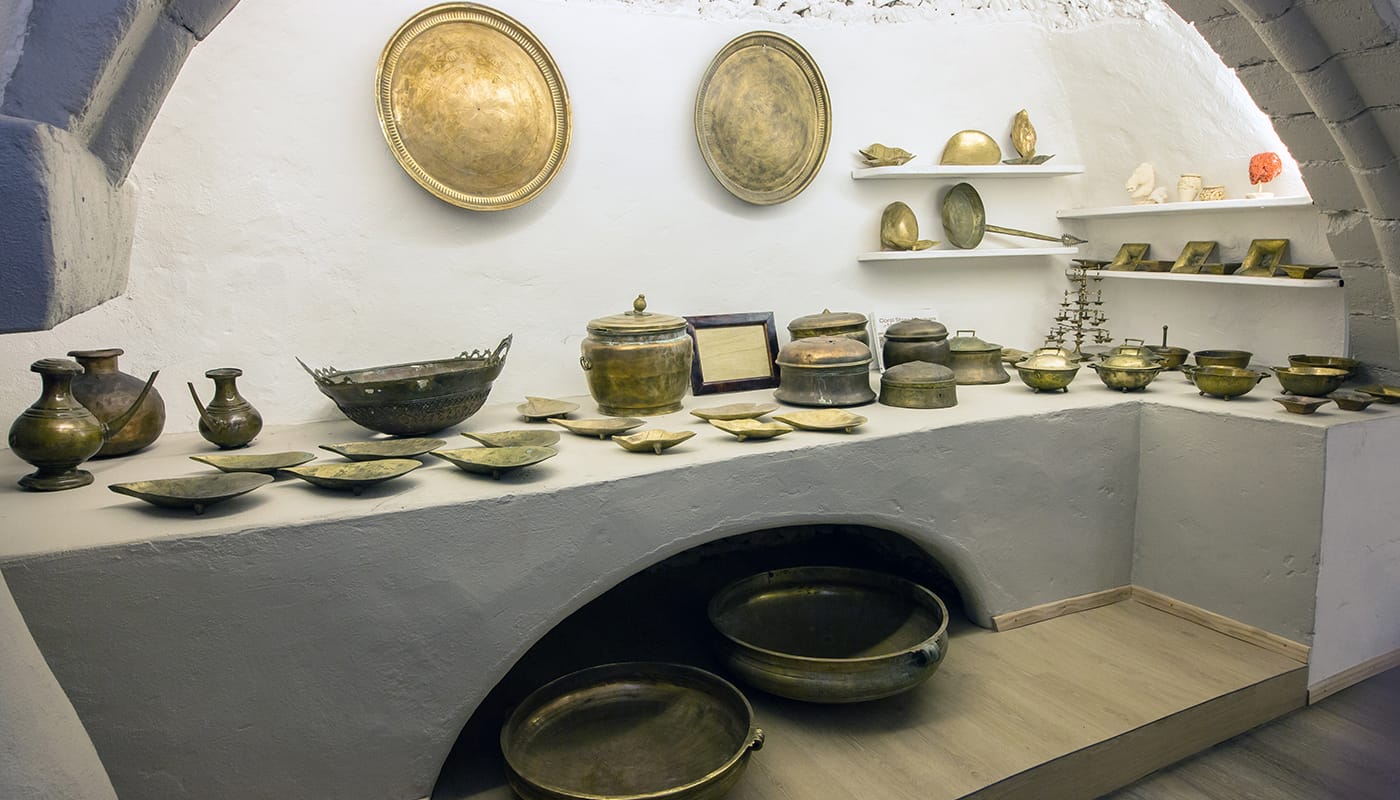 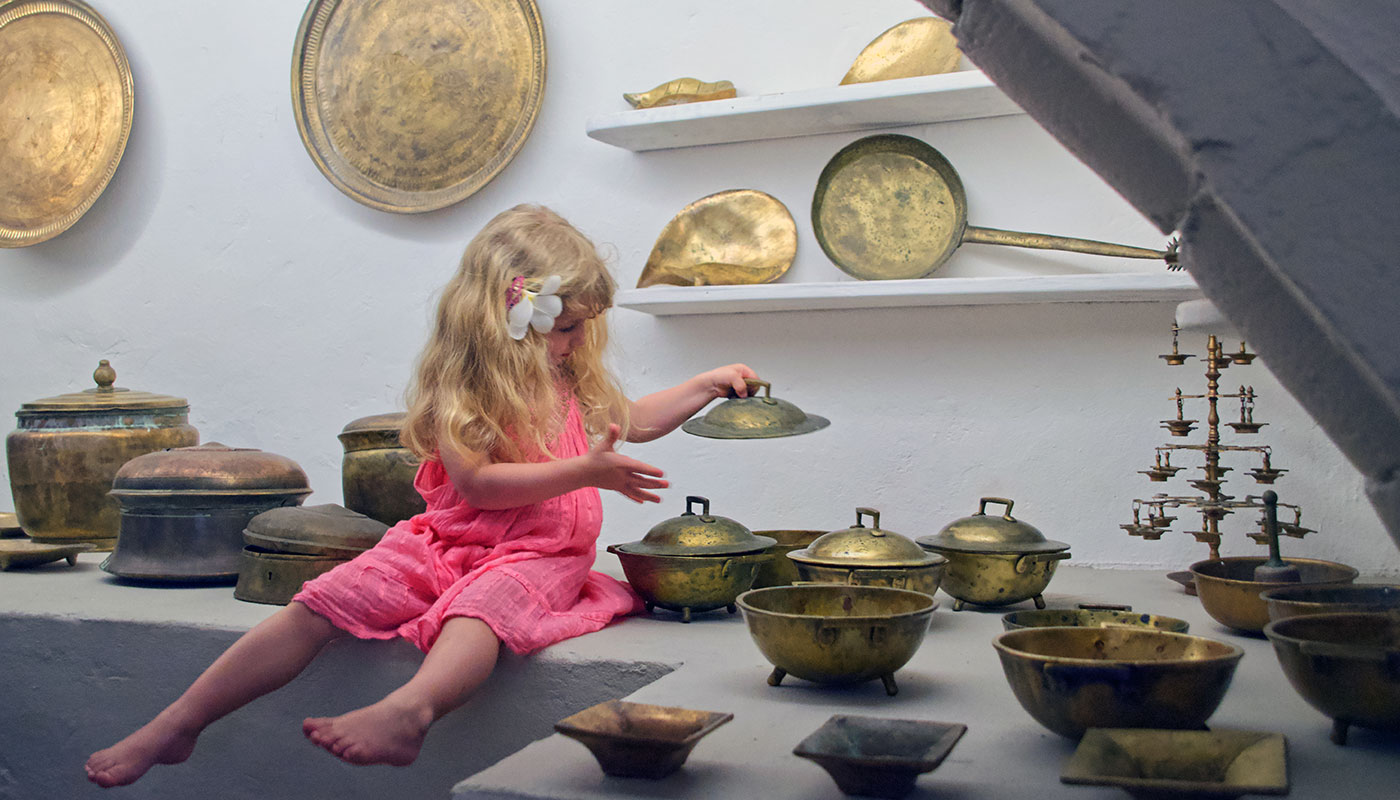 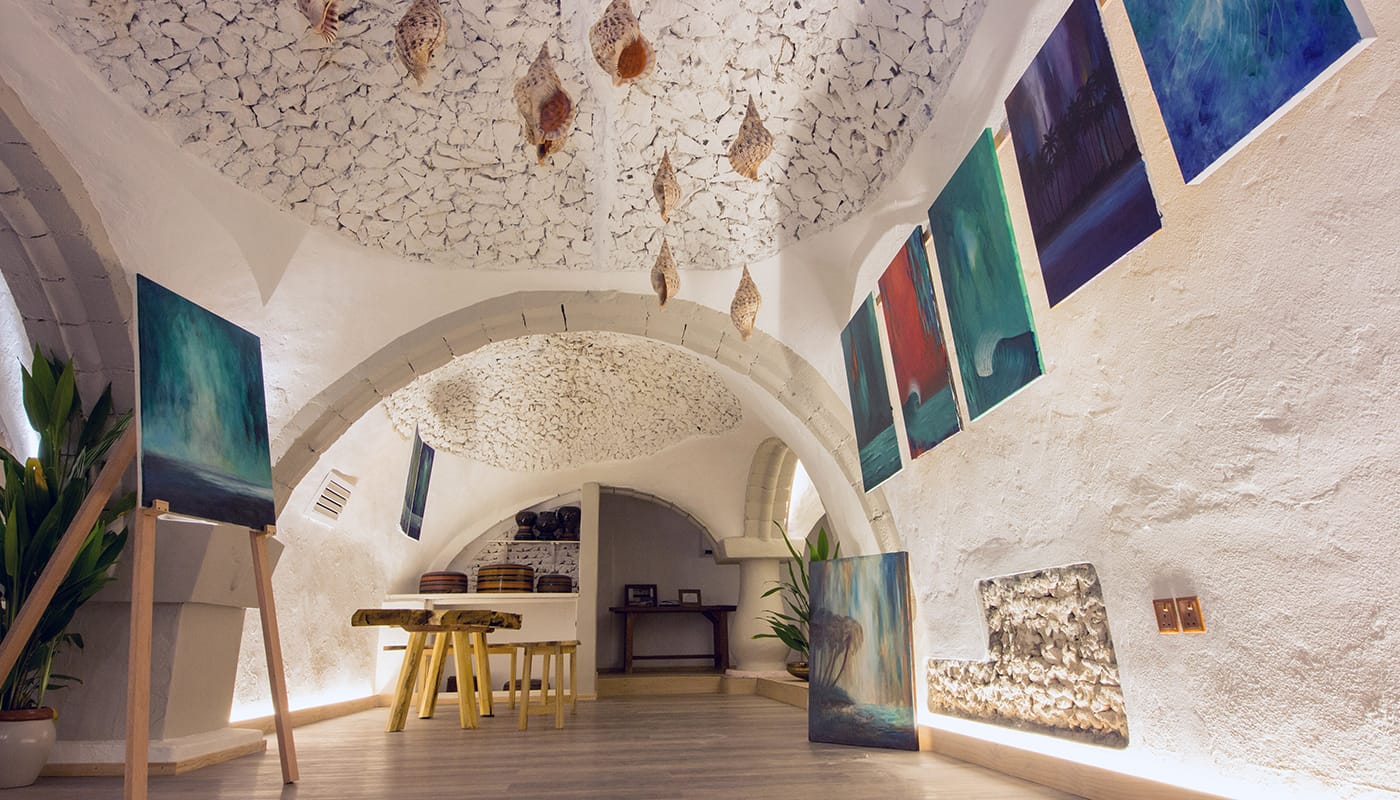 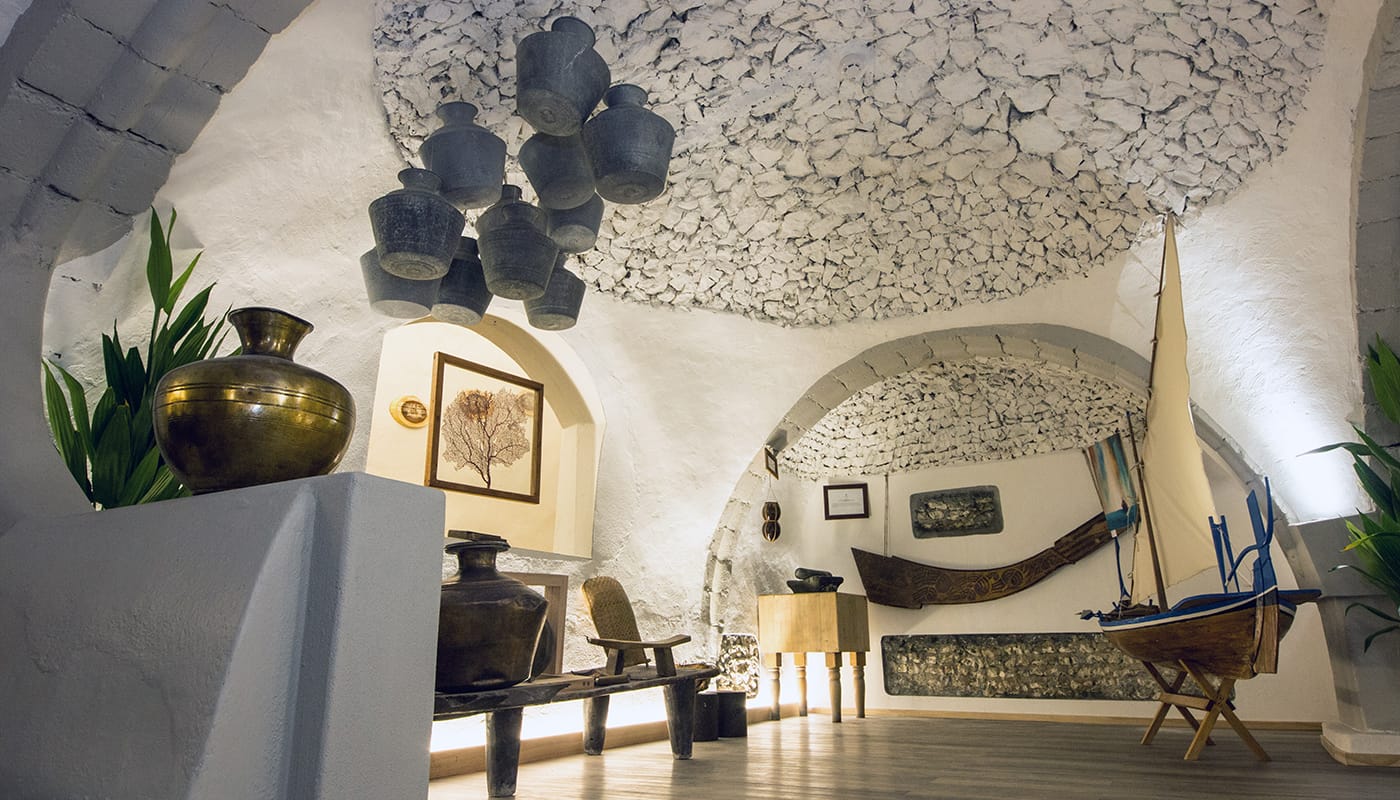 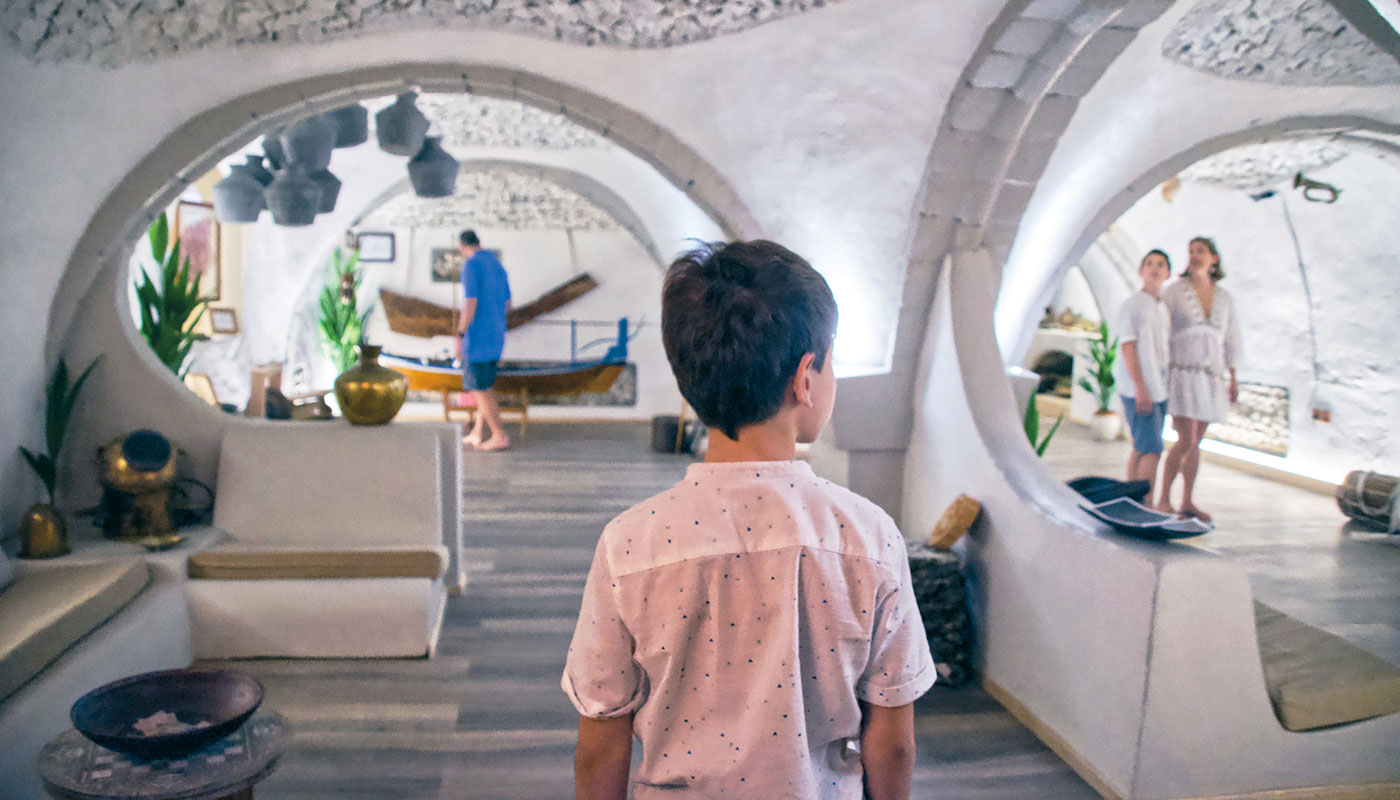 Nika Island is a piece of Maldivian history, one of the first islands in Ari Atoll to become a unique destination in the world. Nika Island is the heavenly island of our collective imagination. A platform where the typical concepts of Maldivian tradition and beauty blend with Italian culture. Nika is the island where nothing has changed. This island is suspended in time, immune to the dynamics of massive tourism that are redefining the Maldives today. An ambitious alchemical experiment, unrepeatable and totally successful, that has written an important chapter in the history of tourism in the Maldives.
Nika represented the “embryo” of the dialogue – first of all a cultural dialogue – between Italy and the Maldives.
The team of this Island wants to celebrate, elevate and spread the unique components of the Maldivian culture among the travellers. How? Simply using the mechanisms and dynamics that belong to all the museums in the world: selected items, handcrafts, artefacts and pieces of art – combined with storytelling – will guide the visitors through the folklore and heritage of the Country.

The Museum aims to generate awareness among the travellers, to make them understand that the destination they are experiencing cannot limited to a serie of “breathtaking beaches”. Over the years, Nika Island has been building tight relations with the representatives of both Private and Public Sectors, with NGOs, Artists and International Organisations that share their experiences and their stories.

At Nika, the representatives of United Nations Development program explain what are the main challenges that Maldivians face in their daily life. TMA ( that runs the largest fleet of seaplane in the world ) describe how the concept of connectivity is evolving along with the development of the hospitality industry. Local artists, poets and dancers share their art and their vision of the country. At Nika, we do support Parley to intercept the plastic that is suffocating the ocean: we do teach both the travellers and the local community about the importance of recycling and managing the waste that we do produce.

Nika welcomes whoever has a story and wants to explain the dynamics that make the Maldivian Archipelago a unique destination in the globe.

THE ISLAND NATION BY ZULEYHA ALI

The exhibition titled “The Island nation” will showcase a variety of paintings that will depict the stunning beauty of Maldives.

It also emphasizes on the culture and the marine life in the crystal clear waters of Maldives. The paintings in this collection will illustrate an array of natural scenes that Maldives has to offer.  Furthermore, it highlights the alarming threats the country is facing because of environmental concerns such as Climate change and Global warming. I aim to portray my art works as an engaging visual representation that I hope will grab the attention of viewers.

“I like to focus on and highlight their role in preserving nature.I also find it very important to draw the attention of young minds and adults alike to environmental issues and nature in a positive way, in order to foster constructive and optimistic changes towards a more sustainable world”.
ABOUT THE ARTIST
In 2018, she won the ATIM Masters Award in New York (USA) for her outstanding work and she also won the Trailblazer award at the Professional and Career Women Awards Maldives. In the same year, she won the Excellence Award from the Circle Foundation in Paris, France. She made history in the Maldives for being the first Maldivian artist to be selected to participate at the prestigious Florence Biennale 2017 held in Italy. I was among the 462 artists selected to participate from around the world. An international expert jury had chosen the participants out of over 2000 candidates.She uses many elements within her works that hold true to subtle notations of realism, using colors between loose movements and textures, to fine detail and anatomical correctness.Her subject matter is wide and varied. She uses Acrylic and oil colors as mediums for her paintings. In 2019, she has received an official invitation letter to participate in the London Biennale (May 2019) held in London, UK as a pre- selected artist selected by the Biennale jury committee.